Five Reasons to add Hokkaido to your Japan Summer Itinerary

Take a break from Japan’s hot, humid summer months with a trip up north to Hokkaido!

Many travelers are well-aware that in the summer mainland Japan experiences sudden, very intense rainfall during the rainy season, which lasts from around early June to mid-July. Hokkaido, with a climate vastly different from mainland Japan, officially doesn’t have a rainy season-which means no nasty surprises!

Of course, Hokkaido’s summer months are attractive for much more than it’s pleasant weather. From expansive flower fields to ice cream as big as your head, to the greatest beer festival Japan, unique cultural experiences and hiking through a few of the islands many national parks; Hokkaido’s summer months feature countless experiences which you will not want to miss. For the top five reasons why you absolutely must add a few days in Hokkaido to your summer itinerary, read on!

Farming and agriculture are a big part of life in Hokkaido, with around half of the milk sold across Japan is produced in the prefecture. It’s even said of some of Hokkaido’s towns have more cows than human residents!

If you’re looking for interesting flavors, definitely try out the lavender and melon mix at Farm Tomita in Nakafurano. These two flavors are Hokkaido classics, and for the very reasonable price of 300 yen how can you not? 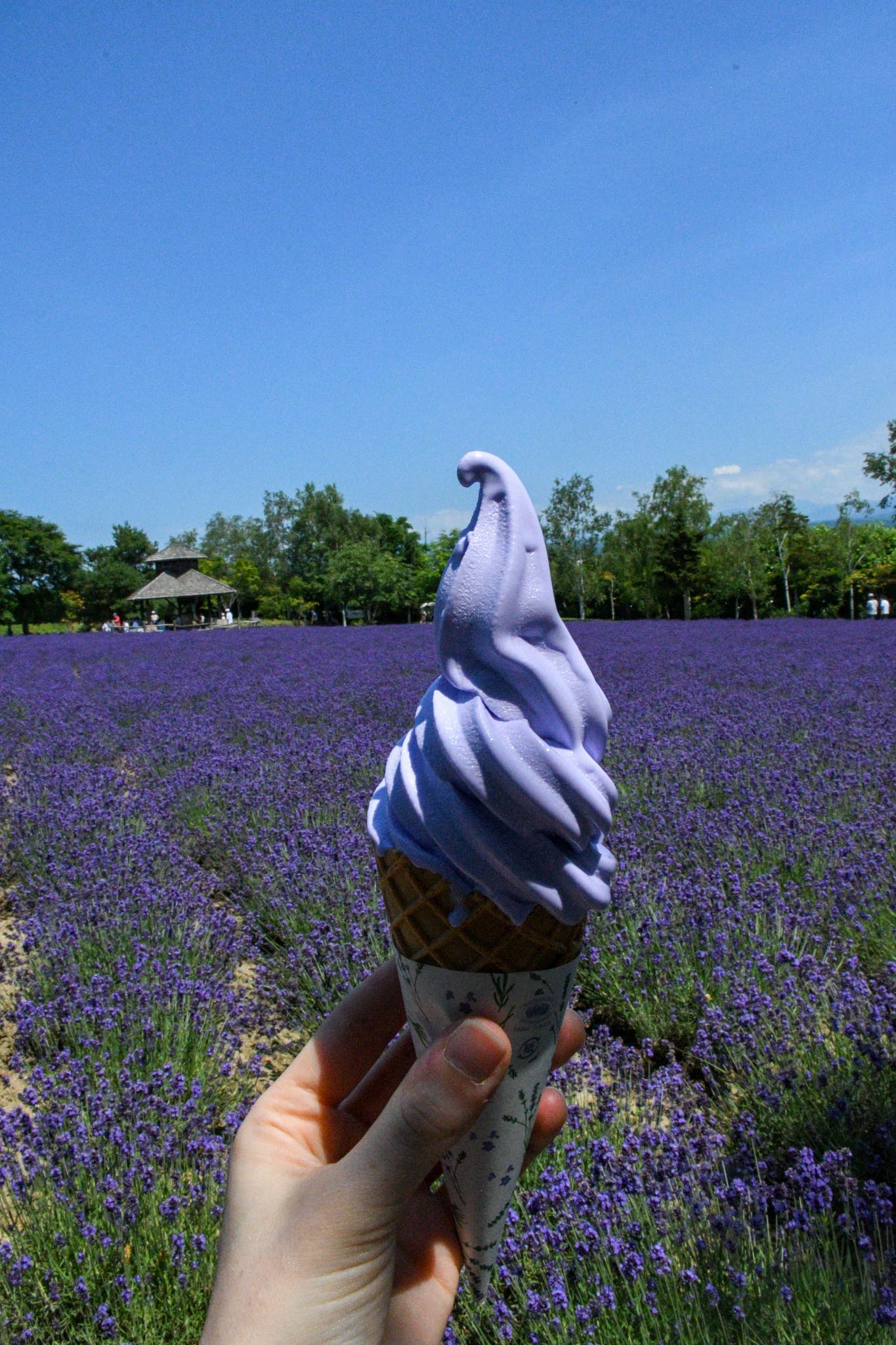 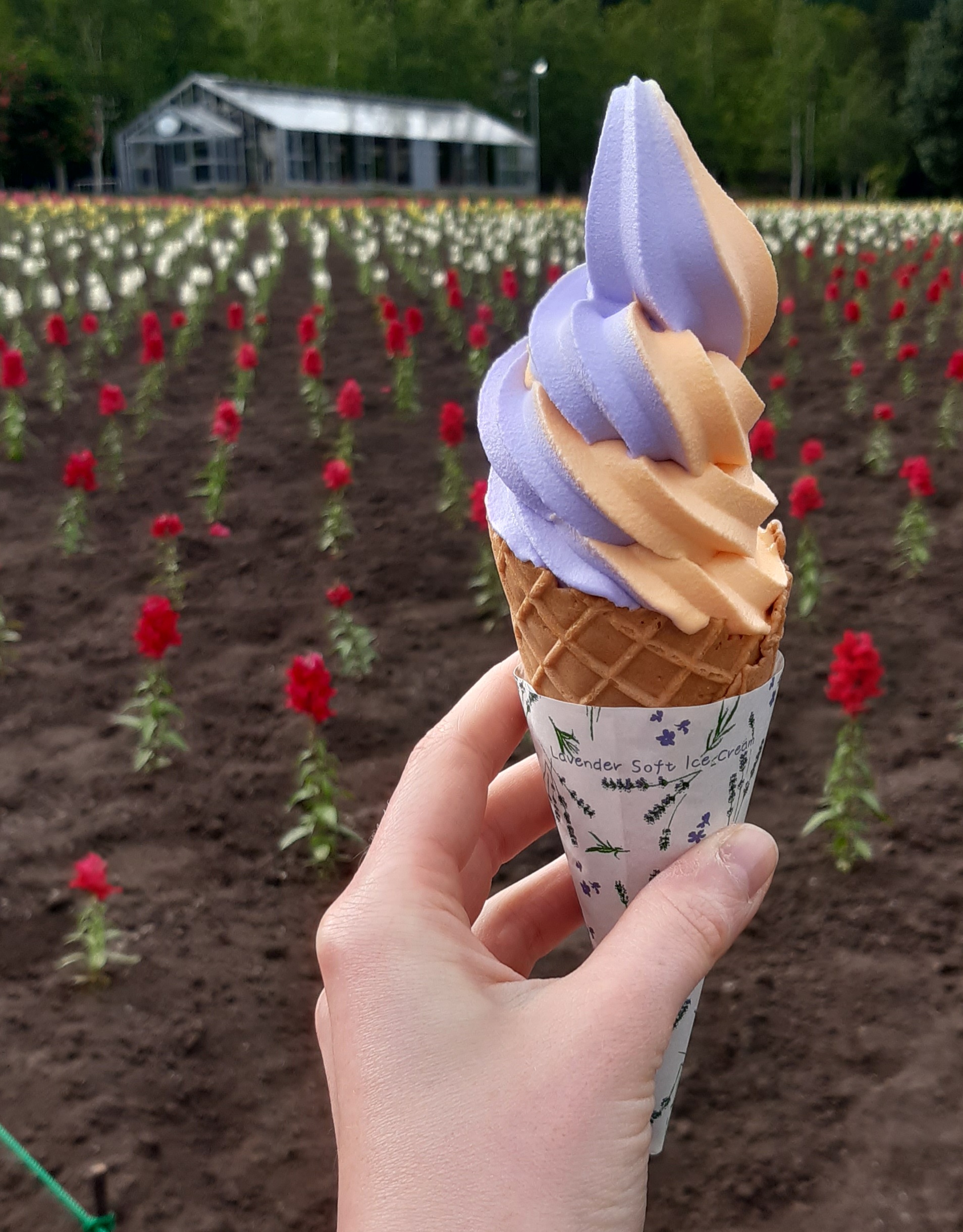 The Largest Beer Garden in Japan

And talking of Hokkaido classics…Did you know that Sapporo beer produces Sapporo Classic-a beer which is only sold in Hokkaido?!

It is clear that Hokkaido loves it’s beer. In fact, every summer for a period of one month from June to July, Odori Park, the large park which stretches across about a kilometer and a half over twelve city blocks right in the center of Sapporo, becomes host to what is quite possibly the largest beer garden in Japan. An event which caters to all tastes, the venue is separated into different sections: four that represent Japan’s major brewers, a worldwide beer section, and a German Village for fans of German beer and food.

Hokkaido’s slightly cooler climate means that summer, rather than spring, is the peak time to see much of the island’s finest flora, including a number of vast, picture-perfect flower fields.

At Biei’s Shikisai-no-Oka, visitors can enjoy incredible panoramic views of expansive flower fields backed by grand views of the Daisetsu mountain range from Spring right through until the Autumn. From July when the lavender reaches its peak, to August when the hills are painted with bright scarlet sage, and September when the surrounding mountains are covered by autumn foliage; it is impossible to take a bad photo here!

Learn About the Culture of the Ainu

Visitors looking to find out more about Ainu culture should head towards the Lake Akan Ainu Kotan (an Ainu settlement), which is easily accessible from Kushiro city and Kushiro Airport. One of the largest Ainu communities in Japan, the area is a sanctuary to traditional Ainu crafts and performance art, including the UNESCO designated intangible cultural heritage traditional Ainu dance. Don’t miss the chance to visit the Lake Akan Ainu Theater Ikor, which is host to a varied performance schedule throughout the year, from introductions to ancient ceremonial dances to the Iomante Fire Festival, an Ainu ceremony which traditionally involves sending the spirit of a bear (considered a “Kamuy” , or god) back to the world of the gods.

Be sure to also check out UPOPOY National Ainu Museum and Park, which, opened just last year, is a brand new facility which serves as serves as a national center for the revival of Ainu culture, where visitors can experience the richness of the Ainu culture, surrounded by the natural beauty of Lake Poroto and the Shiraoi area. Featuring hands-on needlework and wood workshops, as well as live performances of traditional Ainu dance and musical performances, UPOPOY National Ainu Museum and Park offers visitors the opportunity to learn about the culture and traditions of the Ainu people first-hand.

Home to six national parks, Hokkaido is by no means lacking in locations to enjoy hiking through beautiful and untouched natural landscapes. The prefecture’s relatively cool summer temperatures make it perfect for hiking from around June when the snow has melted from the majority of low-altitude locations until around mid-October depending on the year’s weather conditions.

For a popular hike with a range of trails suitable for all abilities you should head north towards the Daisetsuzan National Park, the most notable peak of which is Mount Asahidake; Hokkaido’s tallest mountain. We recommend that you take the ropeway up to Sugatami Station, from which you can access a fairly easy 1.7km trail, which includes a number of observation points featuring incredible views of the mountain with steam billowing out of its volcanic fumaroles. For nature-lovers, this is a great place to take a look at some of the alpine plants and wild animals which cannot be seen anywhere else in Japan. You might even spot the little face of the incredibly shy Northern Pika (the small, mouse-like animal on which Hokkaido Tourism’s PR character Kyun-chan is based!) poking out from behind the rocks!

The weather conditions on top of the mountain can change very quickly, and it can become fairly chilly, even in the summertime. Be sure to dress appropriately, with warm clothes, waterproofs, and hard shoes for hiking on rough ground.

Those who love hiking in nature should also be sure to head towards east Hokkaido, which is well known for it’s stunning, untouched natural landscapes and abundance of flora and fauna. Of particular note is the Shiretoko Peninsula, which was designated as a UNESCO World Natural Heritage site in 2005 in recognition of its rich ecosystem and extraordinarily high level of biodiversity. A number of easy trails perfect for wildlife-watching and admiring the scenery can be found in the Shiretoko 5 Lakes area. Visit the nearby Shiretoko nature center, where you can find information and advice about the trails, and guides who will be able to show you around the courses and explain the plant and animal life in more detail.

Please be aware that this is bear country; Shiretoko has one of the highest brown bear population densities in the world. Be sure to take precautions to avoid bear encounters on you journey, including carrying equipment such as a bear bell and bear spray, as well as being careful not to drop any food or food packaging which may attract the bears towards the area. A video advising how best to respond if you encounter a bear is available to view at set times throughout the day at the Shiretoko Nature Center. Staff at the Nature Center monitor bear sightings closely, and will block off certain trails in the event of a recent sighting.