Travel Hokkaido by Train and Bus! A day-trip from Sapporo to Furano and Biei’s Most Popular Sightseeing Spots. – HOKKAIDO LOVE!

Travel Hokkaido by Train and Bus! A day-trip from Sapporo to Furano and Biei’s Most Popular Sightseeing Spots.

Feeling the wind rushing past your face through the wide-open windows of the Norokko-go sightseeing train, looking down upon the vast multi-colored flower fields of Shikisai-no-oka, smelling the sweet fragrance of the lavender fields of Farm Tomita, and marveling at the gleaming surface of Biei’s Blue Pond are just a few experiences which you absolutely must not miss if you visit Furano and Biei in the summertime! Located only 2 hours away from Sapporo by express train, even if your time in Hokkaido is limited you can still get your fill of many of Furano and Biei’s most popular sightseeing spots in a single day trip. To get the most out of your day, consider taking a bus tour which will take you directly to all of the best spots!

From first impressions, this seems like an ambitious course to try and fit into just one day. However by making use of the JR Lavender express train to travel between Sapporo and the Asahikawa area, as well as the Furano Bus sightseeing service we were easily able to complete the course in one day, returning to Sapporo in the evening at around 8 PM.

We boarded the Furano Lavender Express rapid train early in the morning, departing Sapporo Station just before 8 AM. Named after Furano’s famous lavender fields, this special express train only operates during the summer season when the lavender is in bloom. The exact dates of operation and schedule may vary slightly from year to year, so when planning your trip it is best to check the latest information on the JR Hokkaido website.

When we reached Furano Station, waiting on the platform to greet visitors was none other than “Heso-Maru-Kun”, Furano’s official mascot! Cute, right? Though maybe you’ve noticed that his large head is a bit of an odd shape? His design is based on Furano’s annual “Heso Matsuri” or “Bellybutton Festival”, which sees residents of Furano parade through the street with faces featuring a variety of features and expressions painted on their stomachs. In short, Heso-Maru-Kun’s face is actually modeled after a fat bloke’s stomach; he’s really quite an intriguing character!
At Furano Station, we boarded the sightseeing bus, on which we were greeted by our friendly guide for the day who explained the course which we would be taking as the bus drove the short distance to Farm Tomita, our first stop of the day.

Thousands of lavender plants stretch across several separately themed flower fields like a soft purple carpet; an awe-inspiring sight that has earned Farm Tomita it’s reputation as one of Hokkaido’s top lavender-viewing spots. Several different types of lavender plants each with different properties are grown here, and as observant visitors will notice some of the varieties of lavender feature a more fragrant smell whereas others are grown mainly for their beautiful appearance. Farm Tomita makes use of these properties in the production of their own range of lavender products which can be bought in the on-site gift shop ranging from air fresheners to lavender-infused coffee, and even lavender flavored ice cream! The lavender-scented hand gel which is available for visitors to use within the park can also be purchased in the gift shop.

Not only is Farm Tomita a great place to see lavender, but there’s also plenty more flora to be discovered here too! For example, flowers of seven colors including purple lavender, white baby’s breath, red poppies, pink garden catchflies, and orange California poppies adorn the “Irodori Field”, painting a beautiful rainbow upon the hill. If you climb to the top of the hill which overlooks the “Traditional Lavender Field” and take a look into the distance you can see the fields of Nakafurano stretching out into the distance, backed by the distinctive form of the Tokachidake Mountain Range.

Furano is also well known for its tasty melon products, so it’s very much worth trying out the fresh-cut melon before you move on to the next destination on the course!

Next, we had a short stop off at Senbo Pass in Kamifurano. A lesser-known view spot, here you can enjoy unobstructed views of the surrounding hills and fields, as well as the town of Kamifurano, from the viewing platform which sits at an elevation of 330 meters above sea level. As a British national, I have to admit that this was not the most exotic of views to me, bar the ever-present mountains in the distance, however as a resident of Sapporo and before that central London, it is always pleasant to get out of the city for a short while, and the sight of golden fields of barley in contrast with the light blue sky makes for some stunning photographic opportunities!

Nicknamed the Roller Coaster Road due to the number of ups and downs positioned along the route, our tour took us along this road on the way to Biei. As Hokkaido is a largely rural area, the prefecture features several notable roads such as this, making it a great destination for those who love to explore the countryside by car.

Featuring incredible panoramic views of patchwork fields built up from rows and rows of colorful flowers, Shikisai-no-oka is surely one of Hokkaido’s most iconic summer views! The variety of flowers raised on the expansive grounds is so large that visitors can expect to see different flowers in bloom each time they visit, from July when the lavender reaches its peak, to August when the hills are painted with bright scarlet sage and September when the surrounding mountains are covered by autumn foliage. When we visited in July many flowers of all different shapes and colors were all in full bloom; on a bright summer’s day, it really is impossible to take a bad photograph here!

For those slightly pressed for time as we were, it’s recommended that you take a tour in a tractor-pulled carriage which will take you around the grounds in around 15 minutes. Alternatively, if you have a little more time on your hands it might be fun to hire your own private buggy with which you can drive around the fields at your leisure! For animal-lovers, there’s also an alpaca farm on-site!

Also, an operational farm, fresh vegetables are grown here are also available for purchase at the gift shop, as well as some cooked produce. Hokkaido is well known across Japan for its potato production, and it’s highly recommended that you try out Shikisai-no-oka’s potato croquettes of which there are two types, each made with different varieties of potato.

This is one spot which artists and keen photographers shouldn’t miss! One of Biei’s newest sightseeing attractions, the Shirogane Blue Pond was created by chance when a dam was built in 1988 to protect Biei from mudflow damage from Mt. Tokachi, an active volcano located in the nearby Daisetuzan National Park. The site remained unnoticed by many visitors for several years, however, rose in popularity after appearing as desktop wallpaper on the Apple devices of people around the world.

The pond’s attraction lies in the various shades of blue reflected on the surface of the pond, which changes according to the weather and the season. In spring when snowmelt flows into the pond, the pond becomes greenish-blue. When the bright, sunny days of summer come around, the pond can be often seen to be a light blue color. The pond reveals a different face in every season, from the Spring and Summer when the lush green surroundings contrast with the light blue water of the pond, to the Autumn when the fiery reds and yellows of the autumn leaves reflect in the pond’s surface, and in the depths of winter when the pond freezes over, turning the entire area into a white wonderland. I always look forward to returning to this spot to see what colors will reveal themselves on the day!

Not far from the Blue Pond and featuring yet another unique shade of blue is the Shirahige (“white beard”) Falls, so named for its streams of water which look like fine strands of a white beard. Although particularly beautiful in the winter when surrounded by a thick blanket of snow, the view of the Shirahige Falls in the summer framed by lush green foliage also makes for an attractive photo opportunity.

Our final stop off on the bus tour on our way back to the station was the Hokusei-no-oka Observatory. From the observatory positioned upon a large hill, you can get a 360-degree panoramic view of the surrounding hills and fields, with the Tokachi Mountain Range visible in the distance. There are a few small shops serving a variety of food and drinks, so it’s a good spot to stop for a moment to take in the fresh air on a warm, sunny day.

We waved farewell to our friendly bus tour guide at Biei station, where we embarked on the final leg of our journey; Biei to Asahikawa Station via the seasonal Norokko-go sightseeing train. If you were not a big fan of trains before your visit to Hokkaido, a trip on one of the seasonal trains here is sure to convert you! The Norokko-go is operated during the summer period when the flower fields of Biei and Furano are at their finest. The service is run by an old-fashioned diesel train, the carriages of which have been altered to include large, open windows perfect for sightseeing! The train moves at a steady pace through the Biei countryside, allowing passengers to enjoy excellent views of the Tokachi mountain range. Although our journey took us from Biei to Asahikawa Station, it is also possible to board the train at Furano. For a limited time during the summer the Norokko-go also serves the “Lavender Station” which is located a few minutes’ walks away from Farm Tomita in Nakafurano. 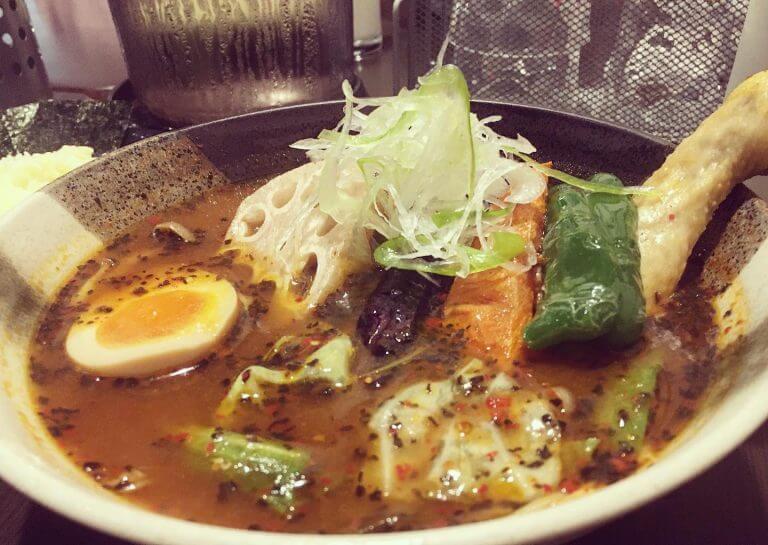 A Day-Trip For First-Timers and Repeaters Alike!

The Furano and Biei area with their abundance of flower fields and rolling hills make the area perfect to visit during the summer months when first-time visitors to Hokkaido are sure to be blown away by the area’s vast flower fields, the likes of which can rarely be seen elsewhere. As the season changes, so do the natural landscape of the area. Even if you’ve visited in the past you are sure to notice something new! If you don’t believe me, take a look at these photos taken in the same areas just a month apart!