Hokkaido is home to many rare wildlife species, many of which are endemic to the area. Visitors can observe an array of wild animals throughout the year, and even join tours that combine wildlife observation with activities such as cruises and kayaking.

Observe Wildlife all Year Round

In Hokkaido, visitors can catch glimpses of many rare animals that cannot be found in other parts of Japan. All manner of wildlife can be seen on wildlife observation tours, which are available throughout the year. 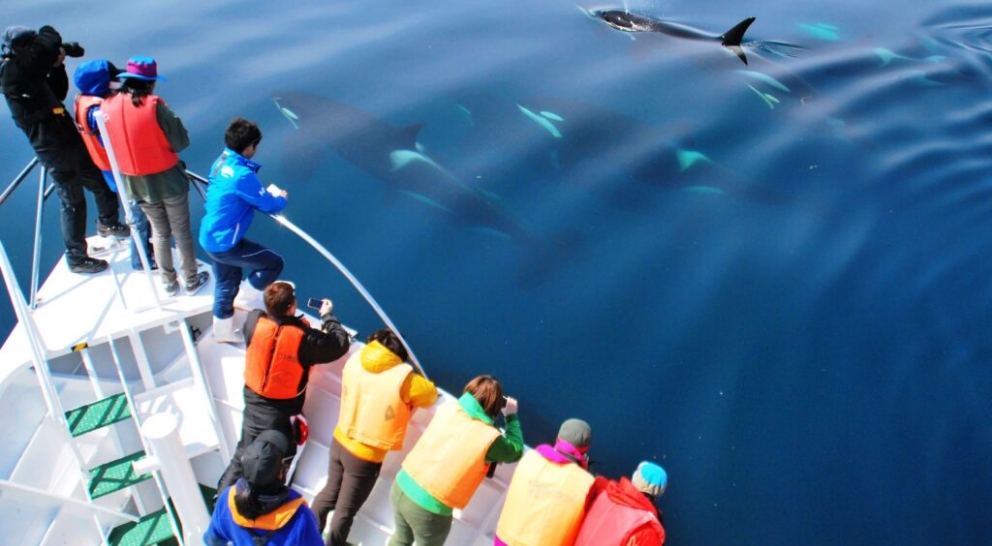 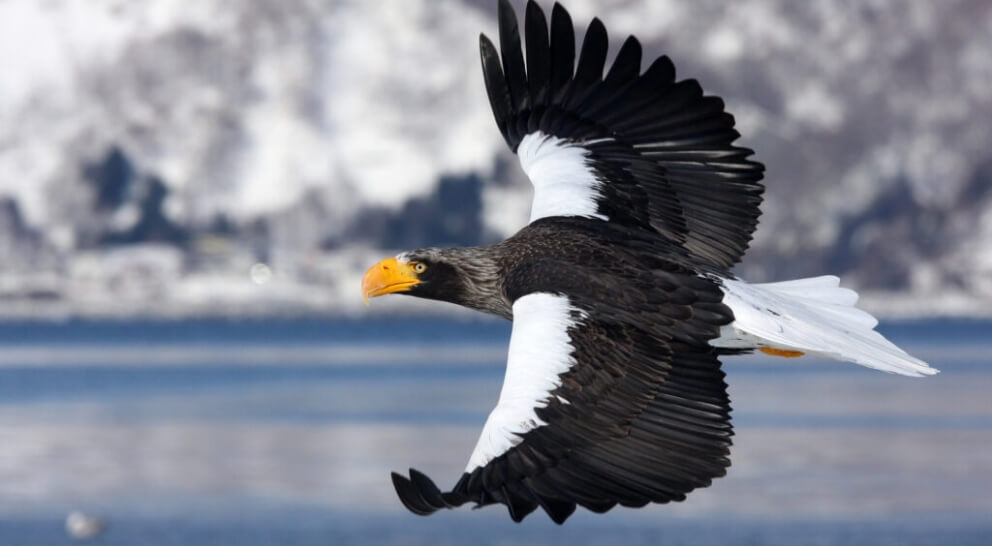 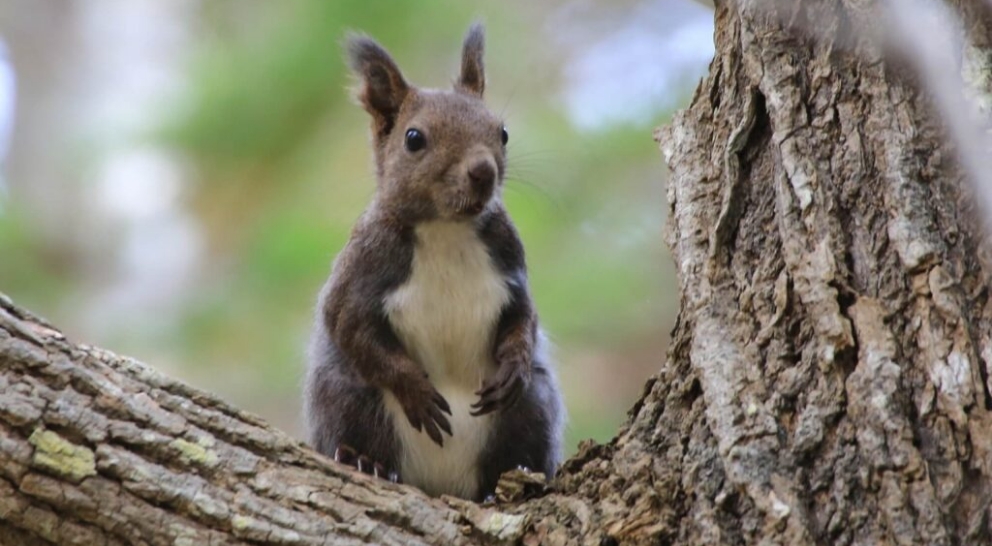 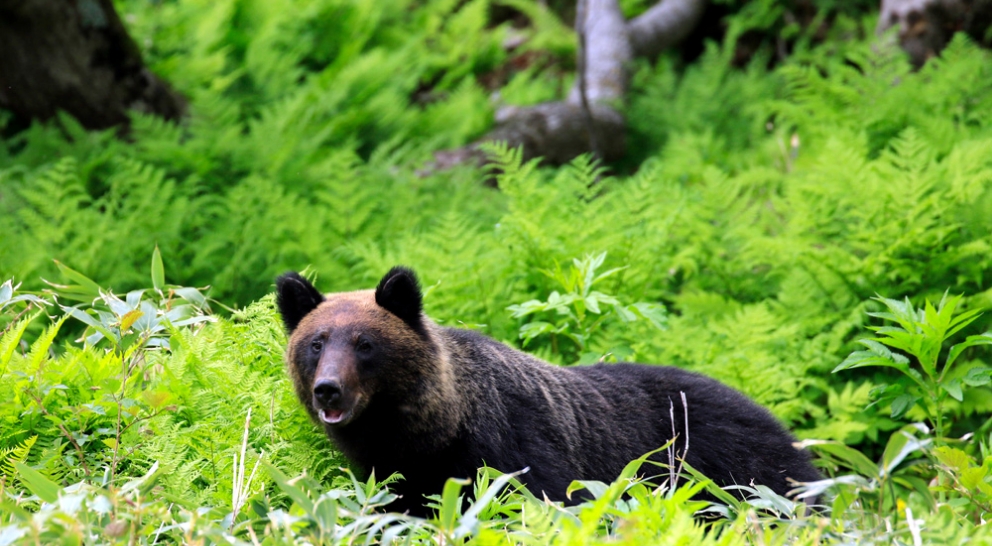 The World Natural Heritage site of Shiretoko and Kushiro-Shitsugen wetland are home to some of Hokkaido’s most popular wild animals, including brown bears, Japanese cranes and Steller’s sea eagles.

The brown bear is an iconic creature. Found only in Hokkaido, it is the largest land mammal in Japan. Similarly, the Japanese crane can be found almost exclusively in eastern Hokkaido. The best time to see the Japanese cranes is in the winter, when their signature red crowns stand at a striking contrast to the stark white snowy backdrop. 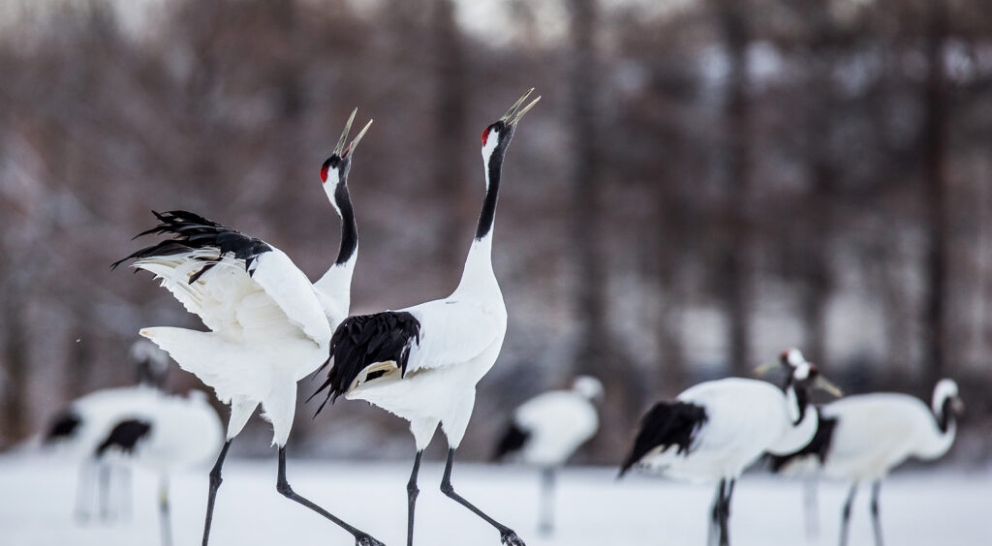 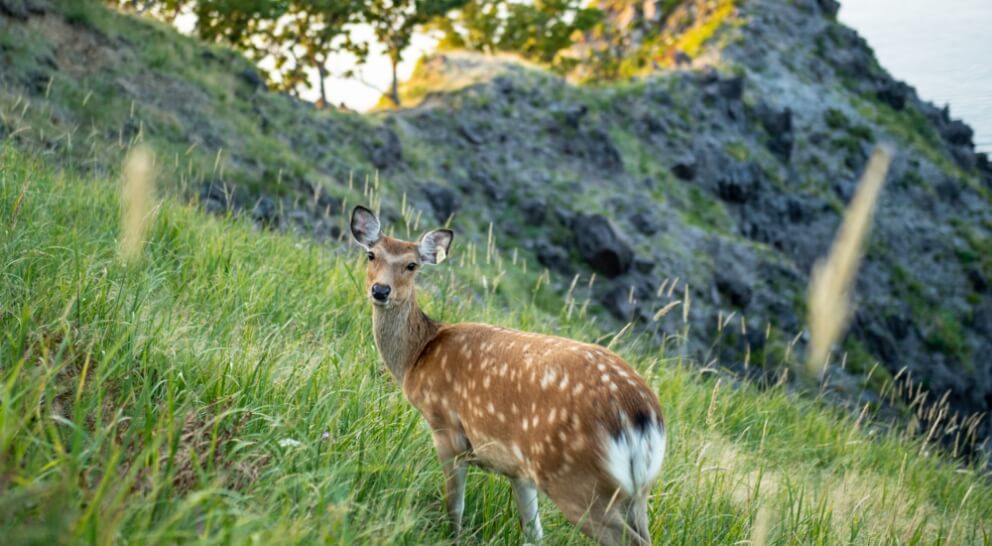 The Ezo fox, Ezo deer, and Ezo squirrel are also endemic to Hokkaido, differing from their counterparts on the main island of Japan. They can be seen in various locations across Hokkaido, and are beloved for their adorable appearance. 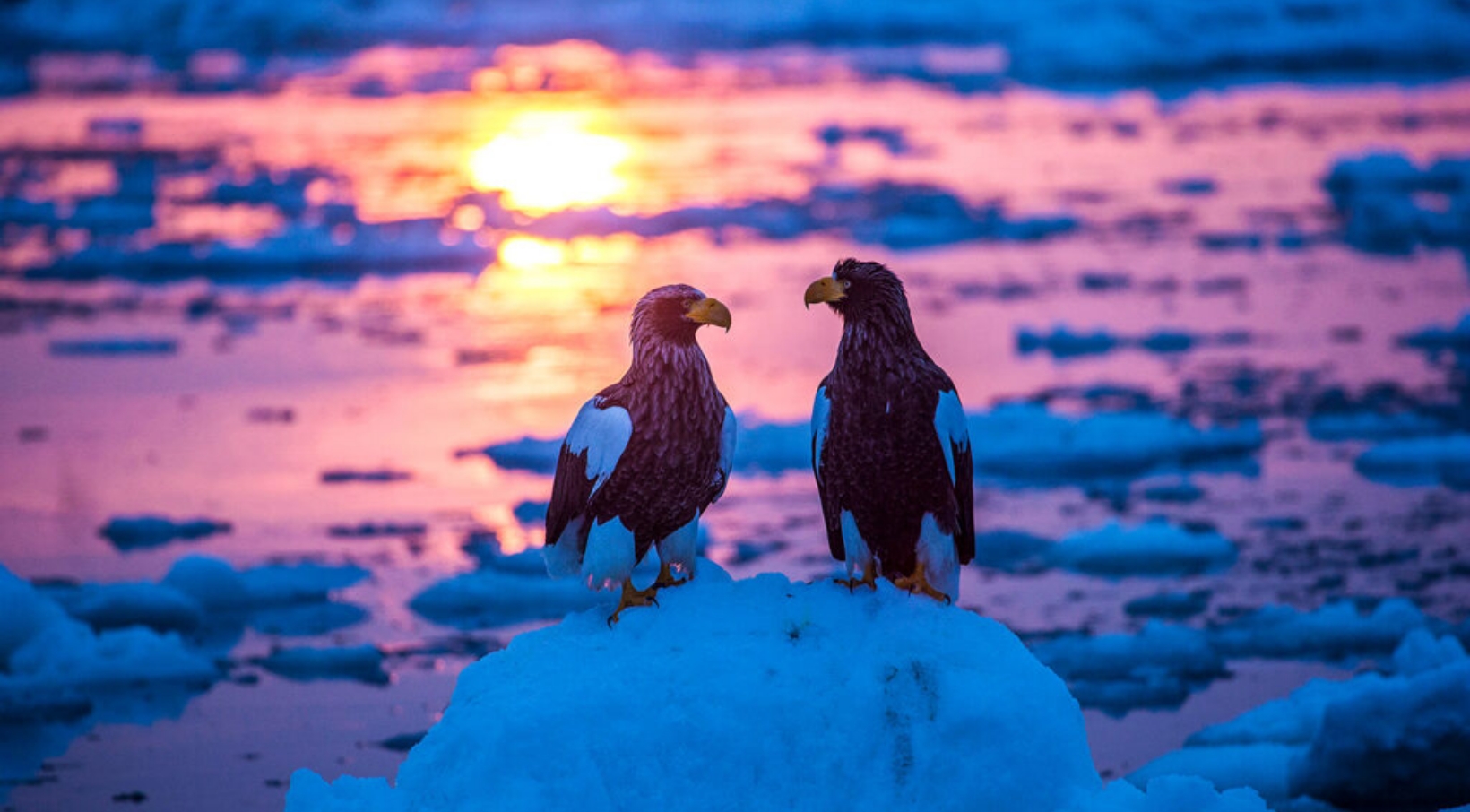 The region also has a rich collection of birdwatching spots. Watch out for one of the largest eagles in Japan, the Steller’s sea eagle, flying to east Hokkaido in winter, as well as flocks of over 60,000 white-fronted geese in the Miyajima marshlands near Sapporo in spring and autumn. Teuri Island, off the northwestern coast of Hokkaido, is one of the world’s most important breeding grounds for seabirds. In spring and early summer, it’s packed with colonies of the common guillemot, the rhinoceros auklet, and other rare birds.

Wildlife observation tours are conducted in various parts of Hokkaido. Since encountering brown bears on land is dangerous, cruises in Shiretoko offer visitors a chance to observe them from a safe distance. There’s a very high probability of spotting one in the summer months.

More than ten different species of whales can be seen between May and October if you take a nature cruise in Shiretoko Peninsula’s Rausu area. In June, there’s a high chance of observing orcas. 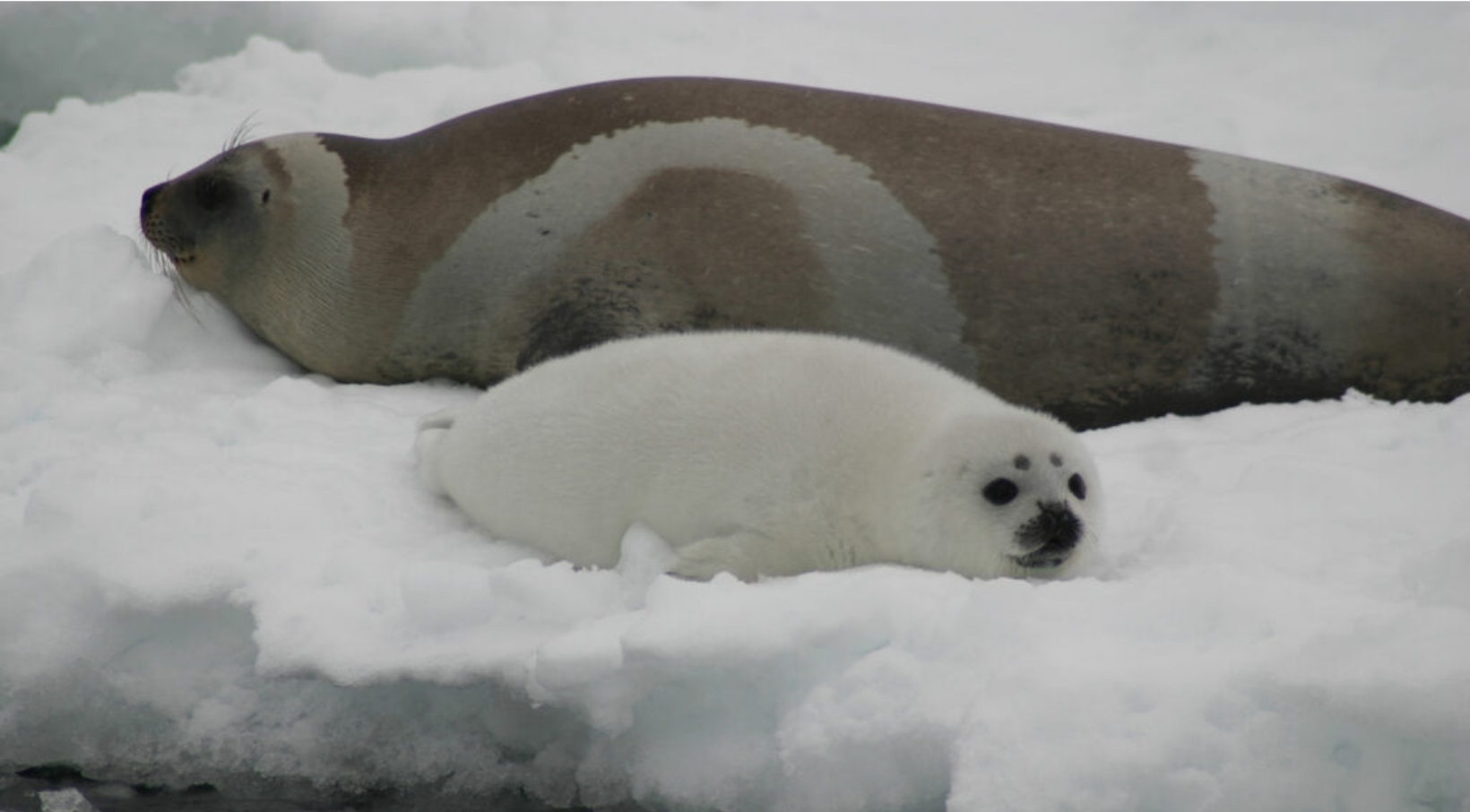 Many wildlife watching tours can be combined with outdoor activities such as kayaking. From May to October, the endangered harbor seal can be spotted when sea-kayaking around Cape Erimo. Visitors in May and June may even see some cute seal pups.

From February to March, visitors have the rare opportunity to take a drift ice and birdwatching cruise in Rausu to observe raptors such as the Steller’s sea eagle and white-tailed eagle feeding on fish. At Kushiro-Shitsugen wetland, winter canoe tours are the perfect way to enjoy the beautiful winter landscape at a leisurely pace as you look out for cranes and white-tailed eagles.

This website uses cookies to improve your experience while you navigate through the website. Out of these, the cookies that are categorized as necessary are stored on your browser as they are essential for the working of basic functionalities of the website. We also use third-party cookies that help us analyze and understand how you use this website. These cookies will be stored in your browser only with your consent. You also have the option to opt-out of these cookies. But opting out of some of these cookies may affect your browsing experience.
Necessary 常に有効
Necessary cookies are absolutely essential for the website to function properly. These cookies ensure basic functionalities and security features of the website, anonymously.
Functional
Functional cookies help to perform certain functionalities like sharing the content of the website on social media platforms, collect feedbacks, and other third-party features.
Performance
Performance cookies are used to understand and analyze the key performance indexes of the website which helps in delivering a better user experience for the visitors.
Analytics
Analytical cookies are used to understand how visitors interact with the website. These cookies help provide information on metrics the number of visitors, bounce rate, traffic source, etc.
Advertisement
Advertisement cookies are used to provide visitors with relevant ads and marketing campaigns. These cookies track visitors across websites and collect information to provide customized ads.
Others
Other uncategorized cookies are those that are being analyzed and have not been classified into a category as yet.
保存して同意